Check back with CoachJVi……. Haha just kidding, but not really. But, Ya let’s talk about that:

Here is a secret. I don’t test BF% with the athletes I work with. I HAVE tested, when there is an inquiry from outside stakeholders (team coaches, S&C’s). However, I ensure that the process is understood by the athlete to be simply a formality which will confirm what we already know, that fantastic work is being done.

Why don’t I believe in testing BF% of youth athletes regularly? For the same reason that I don’t weigh athletes regularly (PSP doesn’t even have a scale currently); in my opinion these are not performance indicators for young hockey players (u18). Body fat percentage and weight gain/loss are by-products of a daily process, whose validity and variability are not reliable, and whose emphasis with youth athletes has WAY more downside, than upside not only for performance, but for the athlete’s health and wellbeing.

My number one reason for avoiding body fat % as a progress/performance indicator is the prevalence of eating disorders within youths, both female (up to 40%) AND male (up to 20%), from 10-15 years of age (and it doesn’t stop there). Coaches trusted with the care of athletes must remember that the number one responsibility is to do no harm. This applies both physically and mentally. The long-lasting effects of an eating disorder like anorexia or bulimia, brought on by the pressures to adhere to some standard created by a coach, are felt by the athlete well after the final whistle and can even be fatal. Now this isn’t to say that if a coach discusses body fat, an athlete WILL develop an eating disorder, but why risk it. And again, no it is not just a female problem.

CLICK TO TWEET – “The long-lasting effects of an eating disorder like anorexia or bulimia, brought on by the pressures to adhere to some standard created by a coach, are felt by the athlete well after the final whistle.” -Justin Vince

As a society, we are inundated by imaging and messages of what the ideal is supposed to look and act like. For those of my generation and older, we came to maturity having to concern ourselves with television commercials, magazine advertisements and the dreaded/flawed BMI (Body Mass Index) all influencing us and telling us what the right body type and weight is. I look at the idols of my childhood; Heman, GI Joe, heck even the Ninja Turtles. They were all Adonis’. Vitruvius on steroids (literally, 80’s and 90’s icons were notoriously juiced eg. Arnold). 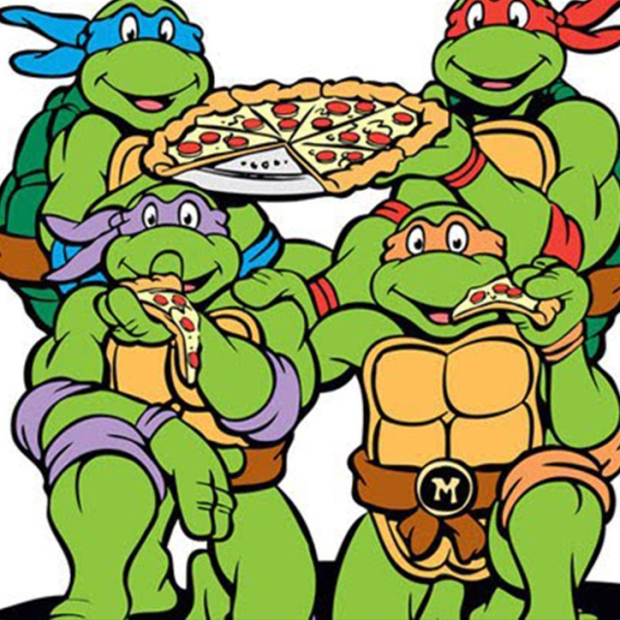 With the advent of social media and a screen constantly attached to young athlete’s hands, it is impossible for our youth to escape this constant comparison, one-ups-manship and sense of pressure to live up to unrealistic and often not real (photoshopped) ideals; without context for process and background. Coaches, teachers and parents have a responsibility to act as a buffer for this nonsense messaging. I try to develop my training environment to be what I would describe as a judgement free, process oriented space. Don’t get me wrong, we still celebrate the outcomes achieved, but we do so in a way that values the work put in to achieve them and focus on the outcomes that are relevant and empowering. I want my athletes to feel comfortable having a dialogue about the things they are doing/not doing to improve their performance, without fear of reprisal or punishment. Constant poking and prodding doesn’t lend itself to the creation of that environment.

Now for the gender factor. I know I emphasized that this is not just a female issue, but let’s not downplay the unique, institutionalized pressures that woman athletes face. Expected to challenge themselves and succeed at their sport, but still live up to some misogynistic image of what feminine means. How about instead let us celebrate these young women for their special accomplishments and dedication to achieving a goal. The drive to push themselves in the gym and on the ice (or court, or field). Make them proud of the bodies they’ve built. Let’s not force societal preconceptions of what it means to be lady-like. Or what normal, or beautiful is. By subjecting young women to an emphasis on weight and body fat, regardless of the intention, we are echoing a far to familiar phrase, “you’re too fat.” Instead, empower our daughters, mothers, sisters to be strong and powerful and intimidate the weak minded who fail to accept that!

CLICK TO TWEET- “Instead, empower our daughters, mothers, sisters to be strong and powerful and intimidate the weak minded who fail to accept that!” -Justin Vince

Overlooking the psychological aspect coaches will point to improved performance as a reason to test these metrics. I often hear and read the anecdote based on a research paper that if a race horse gains 2-5 lbs of fat it will drastically effect it’s performance, used as a justification for why we need to preach body fat percentage with athletes. To me this is 1) a correlative assumption, with many flaws (different species, different biomechanics, linear speed only) and 2) not overwhelming enough for me to risk the psychological impacts outlined above.

Many papers will settle on a range of 6-13% for males and 15-22% as the ideal ranges of body fat percentage for athletic performance. What this wide range tells me that the optimal performance BF% is dependant on a variety of factors specific to the individual and the sport. To give context from a visual perspective, using the ever important ‘Abs’ as a landmark, this ranges from shredded six pack, to a barely visible outline of where ‘Abs’ would be. Let’s also keep in mind what is defined as optimal athletic performance is very broad and often relies on testing protocols which have debatable correlation to actual sport play (see In-Season Training for Hockey). Once again, just far too much uncertainty for me to make this metric a great emphasis with my athletes.

Furthermore, in pursuit of this magical number, coaches disregard the all important recovery factor. Youth athletes are at a critical time in their development. There is good reason for the stereotypical tired, always hungry teenager. That’s because during times of growth and adaptation, our body needs access to large amounts of energy and nutrients to break down, rebuild and do all of the wonderful things it does. Add in to this natural energy draining state games, practices and workouts and young athletes are lucky to reach the calorie surplus required to maximize growth, without the additional stress of worrying about their body fat, or dragging butt because they don’t have access to the energy stores needed to rise to perform.

CLICK TO TWEET – “this wide range tells me that the optimal performance BF% is dependant on a variety of factors specific to the individual and the sport.” – Justin Vince

In addition to all of this, there is the simple fact that reliable methods for consistently testing BF% are hard to come by. Bioelectrical Impedence scales (fancy BF% scales) are extremely inaccurate; while body fat calipers (pinchers) are invasive and rely on the accuracy and precision of the operator, in addition to being inaccurate. More reliable methods (eg. BodPod) are very expensive and for many not conveniently accessible.

Finally, in my arguments against body fat % testing with my youth hockey players is that it is just not necessary. Ask athletes what they ate that day. Observe the fluctuations in drive, focus and mood. You will know fairly quickly where the issues lie. For most young athletes it’s a struggle to get them to eat ENOUGH, consistently and from the right sources. I don’t need to create an obsessive and competitive environment to show that. In my opinion, these metrics are used more often by the coaches to show THEIR necessity and justify extreme training modalities (running until you puke), than they are to actually serve as a performance indicator for the athlete.

Over the years as a player and a coach, I have observed the focus on body fat percentage often leads to demotivation, over restricting of calories (which is worse for performance than some extra fat) and in varying degrees an unhealthy relationship with food, possibly leading to an eating disorder.

What should we do?

Concession, body fat percentage CAN impact performance. If an athlete is 30 or 40% body fat, not only will that affect performance, but it is also unhealthy. However, the approach with all youth athletes should be the same.

Get Athletes Strong – Providing athletes with adequate body control and strength will outdo body fat percentage everyday of the week when it comes to sport performance and mental health. Refer back to In-season Training for Hockey for more on.
Focus on the process – By acknowledging that in order to achieve our best results we must do a number of things including sleeping, training AND eating properly, on a regular basis, we don’t over emphasize or obsess upon any one factor. I like to keep the focus on, “What did you do well today and how did it make you feel/perform?”, “What could you try differently?”, “Did you notice and change?” IF the process is right, the outcome WILL follow!
Place an emphasis on education – This is education for both young athletes AND their parents. Many times, flaws in nutrition and overemphasis on weight aren’t intentional, but rather attributable to lack of knowledge, or misinformation. Case and point, many people are still terrified by fats because of a long drawn out campaign by food manufacturers. Coaches, don’t be a source of spreading faux science. Supplements are not the answer. Neither is paleo, low-carb or ketogenic! Consult a specialist if you don’t possess a background in nutrition.
Emphasize eating enough! – Initially with young athletes I’m not worried about the poor meals they ate, but rather the ones they missed. Many teens and tweens will consistently miss meals if parents aren’t paying attention, because it’s just not that interesting to them. However, inconsistent eating throughout the day will often be replaced by overeating and excessive junk food at night. Start creating a positive relationship with food and the idea of eating regularly.
Celebrate accomplishments – This goes in line with my athlete centered coaching mindset and follows closely with the process oriented approach. We celebrate milestones all of the time around the gym, because a confident and happy athlete is one that will stay engage in sport for life. You ate breakfast this morning, GREAT! You just picked something up you couldn’t before, AWESOME! You made sure to activate your glutes before the game yesterday, WAY TO GO! Don’t ever forget that the end goal is not to play pro, or get a ‘scholly’. The end goal is to encourage a lifelong engagement with health and physical activity, however it manifests.

This concludes my examination of body fat testing for youth hockey players. I know many out there will rebut with various reasons why BF% is important to justify their own practice. And in elite, adult athletes, I believe it can be administered properly if you have the right tools (bod pod) and context (weight class dependent sport), and can also provide some feedback on training status. However, given the many ways we can evaluate and track athlete readiness and progress, cost/benefit/reliability of Body Fat Percentage doesn’t rank high on my list.