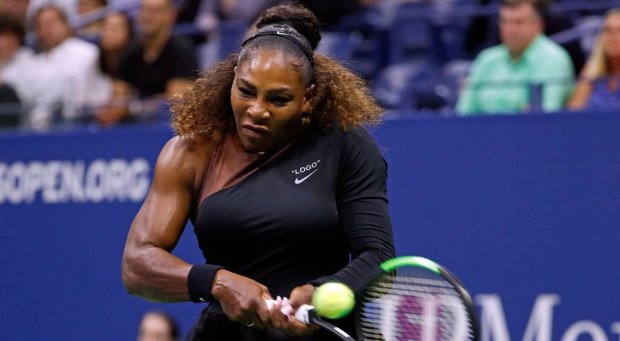 It has been said I don’t belong in women’s sports — that I belong in men’s — because I look stronger than many other women do. (No, I just work hard and I was born with this baddass body and proud of it.)” – Serena Williams

I write this for the men of the sports world. Coaches, Father’s, commentators. And I can acknowledge that it is delivered from my place firmly located in the land of male privledge. I am not intending to speak ‘for’ female athletes; nor is it meant to be an expression of permission to female athletes, most importantly because permission is not mine to give, nor is it theirs to seek!

My contention is this: why is it ok, even encouraged for men to pursue sport with every fiber, regardless of the toll on their body, scars, weight gain, injury; but women are only expected to do so as long as they remain “feminine”?

We tell unhealthy, 300lb, 15 year old boys to keep gaining weight with hopes they will play offensive line; But we (society) caution young women not to lift too many weights because they will look ‘manly’. As if their ability to play sport is secondary to their ability to please the male gaze.

Humans have always been enthralled by sport and competition, however until recently it was always the realm of Man. It is only recently (in our grand timeline) that women’s sport has been accepted, even celebrated. Though with a caveat. It must remain prettier and more dainty than men’s sport.

The 1900 Olympics was the first time women competed.

Have you ever stopped to ask why is there no body contact in women’s hockey? Why we force young girls to wear spandex ‘booty shorts’ to play volleyball? Why women tennis players have to wear skirts? Who do you think implemented these rules? Designed these uniforms? Was it a concession for “allowing” women to participate?

Just consider the response in early 2000 when then FIFA president Sepp Blatter was asked about increasing popularity of Women’s soccer:

“They could, for example, have tighter shorts. Female players are pretty, if you excuse me for saying so, and they already have some different rules to men – such as playing with a lighter ball. That decision was taken to create a more female aesthetic, so why not do it in fashion?” – Sepp Blatter, former FIFA president

This is how those rules/norms/conventions happen.

While I understand that there are physiological differences between men and women. None of them inhibited women from getting big, strong and fast. Nor do they eliminate them from being able to participate in sports with the same vigor and agression we expect from boys. I have had the privilege to work with a number of young women who have demonstrated this fact to me.

My eyes were opened wide when I first worked with a young woman who wanted to play tackle football (with men). I heard every excuse and argument in the book (including that I should use my influence to steer her towards women’s rugby). My stance, her body, her life, her choice. If she’s not good enough; not big enough; not fast enough, it will take care of itself. My job is to help her reach her goals. That winter, at 13, she squatted 135lb (from 55lb start) and kept up with, if not surpassed many if the boys who weren’t as focused, weren’t as driven, in all aspects of the training program. It is an experience that has shaped my coaching career.

To observe the capacity for adaptation of the human body, regardless of gender, in the first years of my career was a gift that I am grateful for. Unfortunately, I still hear the same grievances in the public sphere from coaches (mostly male), parents and federations. “Don’t get them too big.” “They don’t need to lift that much weight, they are girls.” “They need to lose weight to play” “We don’t want make them too masculine” As if being powerful and strong is solely the place of men. However, physics doesn’t know gender. Guess what? I train athletes, and develop a plan based on what will help the athlete excel.

Want to get faster? Get stronger and learn to use it. Want to be more difficult to push off the puck? Put on some mass and learn how to use it. Want to deadlift 500lb? Get strong AF, eat a ton and lift! Man or woman, these are the rules. Whatever their sport, whatever their goals the way an athlete goes about achieving them should not be dictated by antiquated societal constructs of ‘feminine.’

Some weak men are intimidated by strong women, if you are one of them, ask YOURSELF why? Don’t ask them to be weaker.

I don’t know who to attribute this quote to, but I know I didn’t make it up. But women, before you apologize for being intimidating to men ask yourself, “am I intimidating, or is he intimidated?” And then refuse to apologize for their inadequacy.

Men. Celebrate strength. Strength of will. Of body. Of mind. The strength to pursue goals. To be the best. Even if, no ESPECIALLY if, it means spitting in the face of what is “feminine!” Show me a strong, powerful and driven female athlete; and I will show you a woman who refused to be put down, taken advantage of or heed to patriarchy. But maybe that is what you are afraid of?

Are they intimidating? Or are you intimidated?